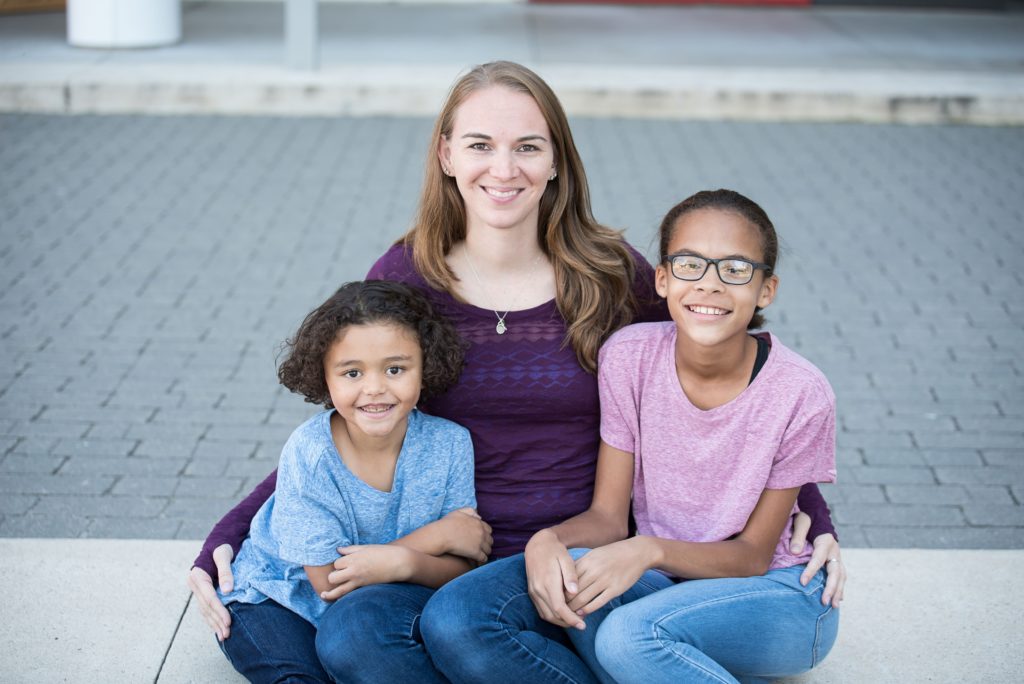 “They are completely innocent and need stability and love.”

Amber’s story begins a little differently. “I grew up with my grandparents always fostering. They have done it for over 50 years and had well over 500 kids placed in their home.  They still do it to this day. I witnessed the emotional toll it has had on them and experienced it myself. There is pain saying goodbye, as there will be. “I’ll be the first to admit it, I never was going to be a foster parent.”

That was until the day baby Jaylin came into their home in January 2008. Amber explained that she was very skeptical as “being a single, college aged student, I really doubted anyone was going to allow me to adopt a baby.” Amber was only 22 years old, a recent graduate from the University of Iowa and single when she was granted the rights to her first daughter.

Her second daughter, Daylea, was placed with her when she was 4-months old in December of 2011. She was able to adopt her two years later. “At the time she was placed with me, they didn’t think she would survive due to the liver disease she was born with.  A little love and care made it possible for Daylea to be listed for a life-saving transplant when she was 8 months old. However, she had to wait three and a half years for the transplant which took place in October 2015 and saved Daylea’s life. She is now seven years old and thriving.”

Her third child was placed with her when he was just under four months old right from the NICU. “He was born premature, he only weighed 2lbs. 3oz. at birth. Last month right before his second birthday we were able to get him off the oxygen supplement that he had been on since birth.”

While Amber often takes children with medical and special needs into her home, nothing could prepare her for having to watch a special needs baby die. “I agreed to care for an infant who ended up being terminally ill.  I spent as much time as I could with him after he was placed in hospice care and was able to be with him the day he died. “

“I’ll never take credit for bringing my kids into this world, so we talk openly about them being adopted. But that will never change the fact that I was chosen to be their mother.”

Her love doesn’t stop there. Amber has had a total of 22 foster children over 11 years with approximately 80% of them having special needs. She urges others to recognize “These kiddos have nothing to do with their position in life.”